It all took off for Keb’ Mo’ in 1994 with the self-titled release under his newly coined Keb’ Mo’ moniker, and over the years, he has proven that he is a musical force that defies typical genre labels. Album after album, 14 in total, garnered him 4 GRAMMY awards and a producer/engineer/artist GRAMMY Certificate for his track on the 2001 Country Album of the Year, Hank Williams Tribute – Timeless. He has received 11 GRAMMY nominations, in total, including Country Song of the Year for “I Hope,” co-written with The Dixie Chicks, and 3 alone for his 2014 self-produced release, BLUESAmericana including Americana Album of the Year. Keb’ has also been awarded 11 Blues Foundation Awards and 6 BMI Awards for his work in TV & Film.

He has been featured in TV and film, playing Robert Johnson in the 1998 documentary “Can’t You Hear The Wind Howl”, appeared three times on the television series, “Touched By An Angel”, and was the ghostly bluesman Possum in John Sayles’ 2007 movie, “Honeydripper”. Keb’ created “Martha’s Theme” for the TV show Martha Stewart Living. Keb’ also wrote and performed the theme song for the hit sit-com, Mike & Molly, created by Chuck Lorre and was music composer for TNT’s Memphis Beat starring Jason Lee. In early 2017, nine songs from Keb’s extensive catalog were featured in the film Signed, Sealed, Delivered: Higher Ground on the Hallmark Movies and Mysteries channel. This film was also Keb’s first feature film lead acting role He appears in an episode on the CMT series “Sun Records” as Howlin’ Wolf and can be heard playing his original song “Operator”. Keb’ has played his iconic version of America The Beautiful in the series finale of Aaron Sorkin’s The West Wing, as well as at the actual White House for President Obama.

Keb’ Mo’ has been a long-time supporter of the Playing For Change Foundation, a nonprofit organization that creates positive change through music education. PFCF provides free music education to children in 9 countries, including Brazil, Bangladesh, Ghana, Mali, Nepal, Rwanda, South Africa and the United States, and has established 12 music schools around the world. They also work with partners to address basic needs in the communities where they teach, including providing education, clean water, food, medicines, clothing, books and school supplies. 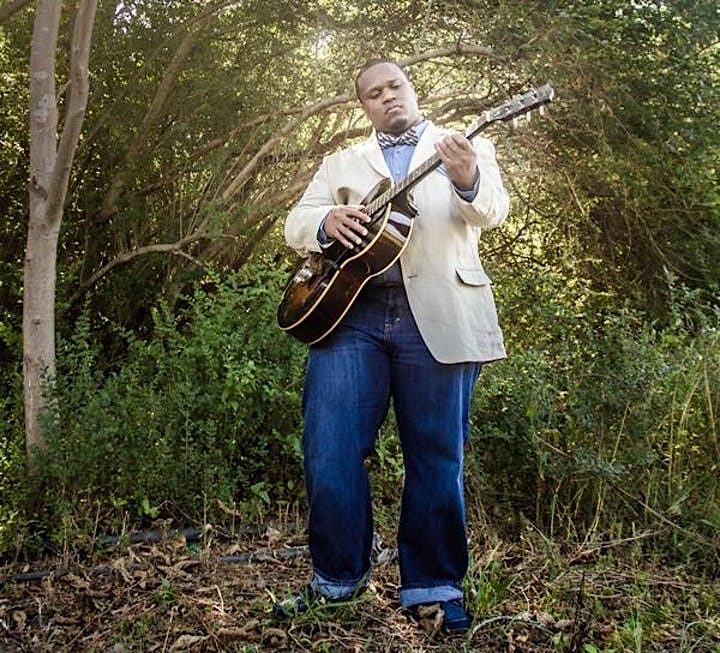 Every generation or so a young bluesman bursts onto the scene. Someone who sends a jolt through blues lovers. Someone who has mastered the craft for sure, but who also has the blues deep down in his heart and soul.

At the age of 22, bluesman Jontavious Willis may be the one.

“That’s my Wonderboy, the Wunderkind,” Taj Mahal said after inviting Jontavious to play on stage in 2015. “He’s a great new voice of the twenty-first century in the acoustic blues. I just love the way he plays.”

"When I heard him play I said to myself: this is how the blues, as I know it, is going to stay alive,” said Paul Oscher.

“Only a few like him emerge every decade or so, when even the most hard core blues fans realize immediately that this is the real deal,” writes Frank Matheis in Living Blues Magazine.

Hailing from Greenville, Ga., Jontavious grew up singing gospel music at the Mount Pilgrim Baptist Church with his grandfather. At the age of 14, he came across a YouTube video of Muddy Waters playing “Hoochie Coochie Man” and was hooked. That’s when he set his course on the blues. All types -- Delta, Piedmont, Texas, gospel. As a fingerpicker, flat-picker and slide player. On guitar, harmonica, banjo and cigar box.

And four years later he was playing on Taj Mahal’s stage.

Currently Jontavious is finishing his studies at Columbus State University, majoring in sociology. But on most weekends you can find him playing a small house show, up on the main stage or posting music videos for his friends and fans around the world.